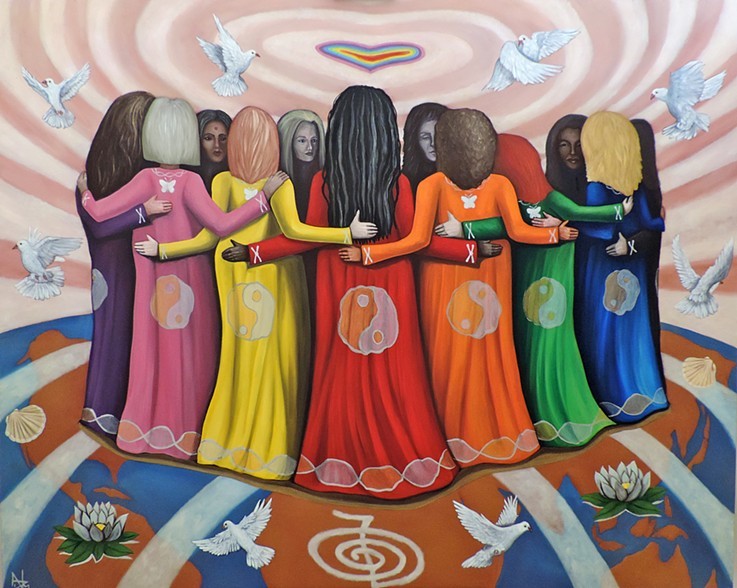 A landmark UCLA study suggests friendships between women are special.
They shape who we are and who we are yet to be. They soothe our tumultuous inner world, fill the emotional gaps in our marriage, and help us remember who we really are. By the way, they may do even more.

Scientists now suspect that hanging out with our friends can actually counteract the kind of stomach-quivering stress most of us experience on a daily basis. A landmark UCLA study suggests that women respond to stress with a cascade of brain chemicals that cause us to make and maintain friendships with other women. It’s a stunning find that has turned five decades of stress research—most of it on men—upside down. “Until this study was published, scientists generally believed that when people experience stress, they trigger a hormonal cascade that revs the body to either stand and fight or flee as fast as possible,” explains Laura Cousino Klein, Ph.D., now an Assistant Professor of Biobehavioral Health at Penn State University and one of the study’s authors. “It’s an ancient survival mechanism left over from the time we were chased across the planet by saber-toothed tigers.

Now the researchers suspect that women have a larger behavioral repertoire than just “fight or flight.” “In fact,” says Dr. Klein,”it seems that when the hormone oxytocin is released as part of the stress responses in a woman, it buffers the “fight or flight” response and encourages her to tend children and gather with other women instead. When she actually engages in this tending or befriending, studies suggest that more oxytocin is released, which further counters stress and produces a calming effect. This calming response does not occur in men”, says Dr. Klein, “because testosterone—which men produce in high levels when they’re under stress—seems to reduce the effects of oxytocin. Estrogen”, she adds, “seems to enhance it.”

The discovery that women respond to stress differently than men was made in a classic “aha!” moment shared by two women scientists who were talking one day in a lab at UCLA. “There was this joke that when the women who worked in the lab were stressed, they came in, cleaned the lab, had coffee, and bonded”, says Dr. Klein. “When the men were stressed, they holed up somewhere on their own. I commented one day to fellow researcher Shelley Taylor that nearly 90% of the stress research is on males. I showed her the data from my lab, and the two of us knew instantly that we were onto something.”

The women cleared their schedules and started meeting with one scientist after another from various research specialties. Very quickly, Drs. Klein and Taylor discovered that by not including women in stress research, scientists had made a huge mistake: The fact that women respond to stress differently than men has significant implications for our health.

It may take some time for new studies to reveal all the ways that oxytocin encourages us to care for children and hang out with other women, but the “tend and befriend” notion developed by Drs. Klein and Taylor may explain why women consistently outlive men. Study after study has found that social ties reduce our risk of disease by lowering blood pressure, heart rate, and cholesterol. “There’s no doubt,” says Dr. Klein, “that friends are helping us live.” In one study, for example, researchers found that people who had no friends increased their risk of death over a 6-month period. In another study, those who had the most friends over a 9-year period cut their risk of death by more than 60%.

Friends are also helping us live better. The famed Nurses’ Health Study from Harvard Medical School found that the more friends women had, the less likely they were to develop physical impairments as they aged, and the more likely they were to be leading a joyful life. In fact, the results were so significant, the researchers concluded, that not having close friends or confidantes was as detrimental to your health as smoking or carrying extra weight! And that’s not all! When the researchers looked at how well the women functioned after the death of their spouse, they found that even in the face of this biggest stressor of all, those women who had a close friend confidante were more likely to survive the experience without any new physical impairments or permanent loss of vitality. Those without friends were not always so fortunate.
Yet if friends counter the stress that seems to swallow up so much of our life these days, if they keep us healthy and even add years to our life, why is it so hard to find time to be with them? That’s a question that also troubles researcher Ruthellen Josselson, Ph.D., co-author of “Best Friends: The Pleasures and Perils of Girls’ and Women’s Friendships (Three Rivers Press, 1998). “Every time we get overly busy with work and family, the first thing we do is let go of friendships with other women,” explains Dr. Josselson. “We push them right to the back burner. That’s really a mistake because women are such a source of strength to each other. We nurture one another. And we need to have unpressured space in which we can do the special kind of talk that women do when they’re with other women. It’s a very healing experience.”
*:-.,_,.-:*’“’*:-.,_,.-:*’“’*:-.,_,.-:* 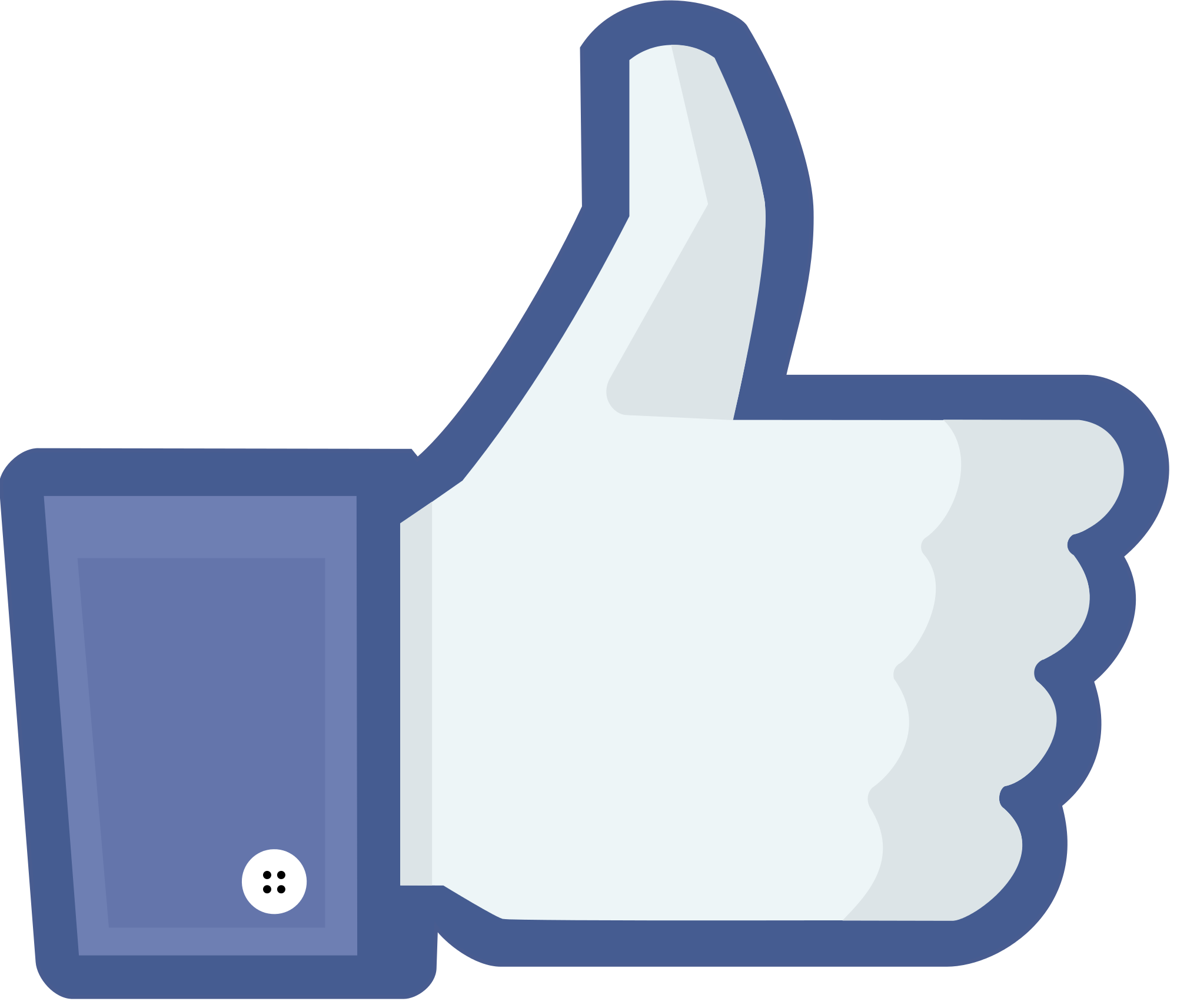 In the wake of IC14, several of us women got on Skype and began talking about our common interest in Our Mother—the Universe Mother Spirit of Nebadon. Many people have expressed interest in this topic. Our goal is to increase awareness of her throughout the Urantia movement. This revelation introduces the family of God. Our Mother’s tender presence heals, invigorates, and empowers. All of us, men as well as women, need a deeper experience of our spiritual family. The time is approaching when we will share that family with the world. Let us honor and serve Our Father Michael and Our Mother.

We have observed that some women readers are relatively isolated with few opportunities for the support and sharing of other women readers. Even those of us who are not isolated leave our friends at conferences and immediately yearn to continue the wonderful friendships with women who live far from us. Sisters in Spirit is interested in helping to fill those needs. We are in the process of creating a Facebook site so that women who are “Urantia Book” readers can communicate in the warmth of friendship with other women. There will be posts, thought-provoking questions, sharing, and articles to which women can respond, comment on, or you may originate posts of your own. Our Mother will be a frequent topic of discussion, and we are looking forward to getting better acquainted with her. 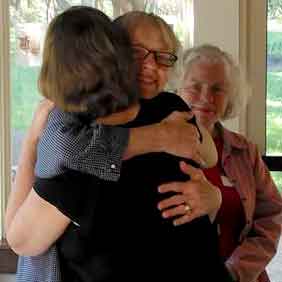 My Vision by Kaye Cooper

My Vision for the organization we are forming is that it be a fluid, creative group of women and men who are known for the way that they relate to each other and to all others. An organic way of functioning has been growing in my mind. I am ready to describe it in a concise, clear statement:

I am convinced that this is worthy of our personal prayer: that each of us learn consistently to relate in this way. That our loving relationships will exude spiritual fragrance. That those we touch will be influenced to choose this way as well.

If the Urantia Movement lives and relates in this way, respect and power (in the best sense of the word) will flow to women as equal partners in the great adventure of this revelation.

Let us lead the way by living a spirit-led life together. 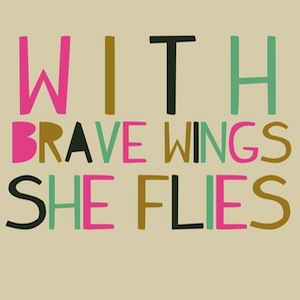 “The Power of a Girl” Video

By Gale Berkowitz A landmark UCLA study suggests friendships between women are special. They shape who we are and who we …

Description of the Women’s Corner

Chords and Lyrics to Mother Nebadona